Kanye West’s YEEZY imprint with Adidas has seen a ton of success over the last few years and with good reason. Like them or not, West has been at the forefront of fashion and has been more of a trendsetter than a trend follower. Just look at how he singlehandedly started the dad shoe wave with the YEEZY BOOST 700 and you’ll see what I’m talking about. While YEEZY is more known for its sneakers that receive support from Adidas, the brand also makes its own clothes and boots that are sold on the YEEZY SUPPLY website. YEEZY is currently on its seventh season of clothing and one of the staples of the collection is the Mixed-Material Boot that looks like the YEEZY 500 but in a much bigger form.

Today, the brand released two new colorways of the boot, one coming in “House Blue” and the other “Wakame” green. Both colorways are fairly lowkey and don’t come across as very flashy. The “House Blue” model has a very muted blue hue, while the “Wakame” version comes in an earthy green that almost looks brownish. 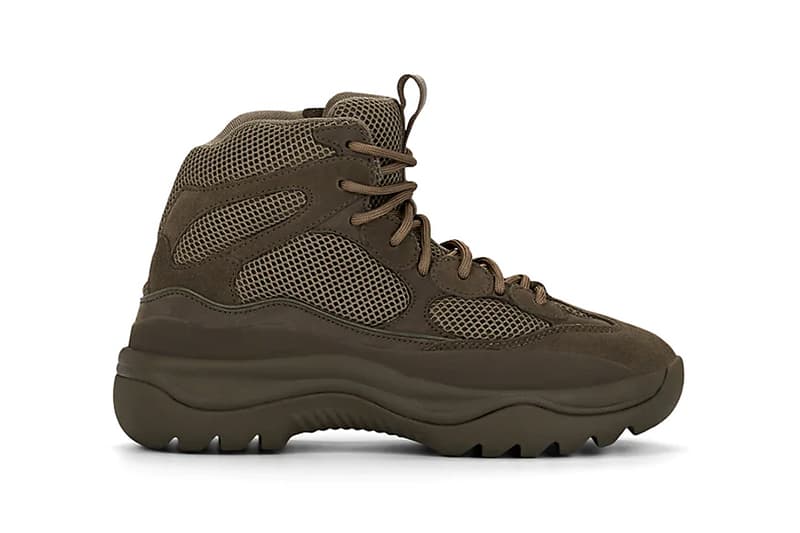 If you’re looking to cop these, both colorways can be found on the Barneys website for $295 USD, according to Hypebeast.